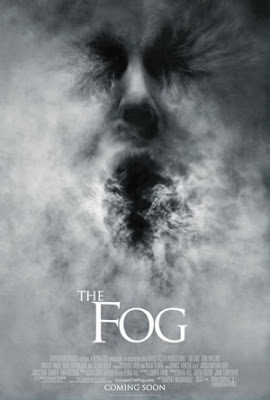 October is the foggiest time of year for the Puget Sound region, and we talked about fog today in my Atmospheric Sciences 101 class with Cliff Mass. I am still amazed by how many specific types of fog there are. We talked about radiation fog, advection fog, upslope fog, steam fog, and even frontal fog. We didn't talk about "screaming face fog," but I think that type of fog only exists in Hollywood. Fog can be pretty creepy at times though. Of course, sometimes it can be downright dangerous. I'll get to that later on.

Let's look at the different types of fog!

Here's the most common type of fog we see around here... radiation fog. 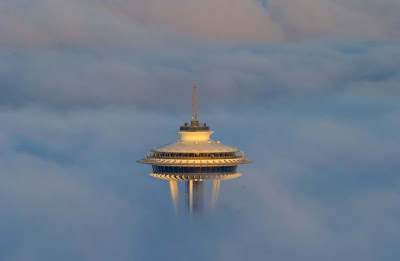 To get radiation fog, you mainly need clear skies and cooling, moisture in the air (a wet ground really helps), and light winds. We tend to get all of these in October. In November-January, we get our really strong storms, and strong winds/cloudy nights prevent fog. As we transition into spring, we see longer days and generally do not have the large high pressure systems needed for fog formation... we get those showers and sunbreaks! Seattle gets little fog over the summer because of the relatively dry air and warm temperatures. In the fall, though, we get these storms that can leave the ground moist, and in between these storms, we have calm weather and clear nights. Thus, we get fog.

Most fog reaches a few hundred meters up, but sometimes radiation fog doesn't even hit above the knee. Fog has a harder time forming when winds are completely calm. If winds are calm, there is no mixing of the atmosphere and the saturated air at the immediate surface is stagnant, leaving a very thin layer of fog at the ground. This type of fog is called ground fog, and it is a specific type of radiation fog. 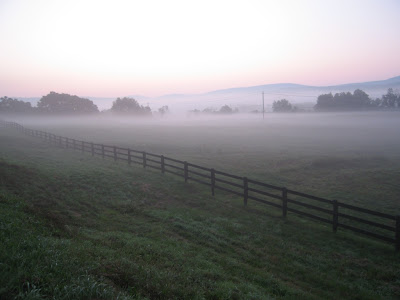 Now... the second most common type of fog: advection fog! 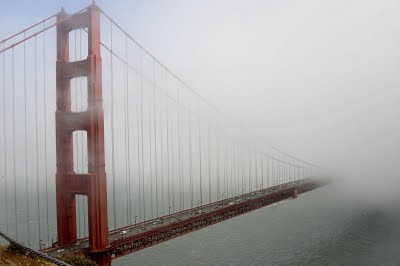 Isn't that a beautiful shot? San Francisco gets this type of fog all the time. Advection fog forms when relatively warm, moist air moves over cool water. The water cools the air to the dewpoint, resulting in fog. Advection fog is common over the Pacific Coast in the summer. One of the reasons we get it is because of upwelling, which results in cold water near the ocean. Puget Sound can get advection fog too... I've been fishing in it!

Now, I shall explain upslope fog! 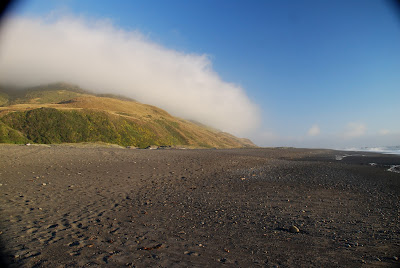 Upslope fog forms when moist air rises up terrain and condenses into clouds. I was up at Mt. Rainier with some UW students this past summer and we encountered some upslope fog, which was actually really annoying because we couldn't see the mountain! I've also encountered upslope fog when skiing at Snoqualmie Pass, which is annoying because you can't tell the difference between the snow and the sky!

Next is steam fog! Steam fog is one of the most beautiful types of fog. 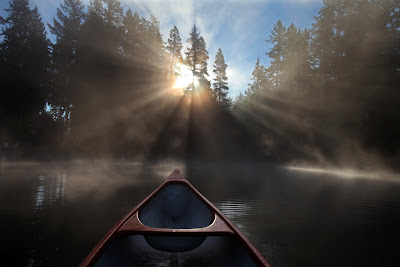 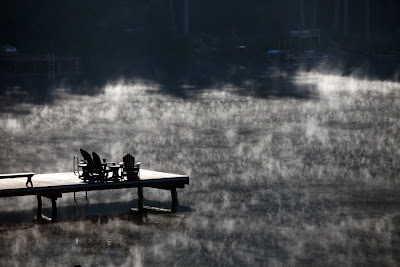 Steam fog forms when cold air moves over warm water... kind of like advection fog in reverse. We generally don't see a lot of steam fog, but we can see some in those super cold snaps during the winter. Steam fog is usually pretty shallow. Look for it on Lake Washington during the next arctic outbreak!

Frontal fog is generally associated with warm fronts and forms when precipitation falls into cold air and saturates it. I personally think frontal fog is pretty boring, but each to his own...

Fog can be dangerous because it limits visibility. I've been fishing in very dense advection fog and have had to pay close attention to not hit any boats or other obstacles. However, the most dangerous form of fog is freezing fog. Freezing fog is a type of fog where the water droplets are supercooled and freeze onto objects they come in contact with. These supercooled water droplets occur most often in radiation fog or upslope fog. I am not including freezing fog as its own category because it is simply a subtype of other forms of fog, but it is the one to watch out for. Roadway icing is the biggest weather killer in the Pacific Northwest, and freezing fog can very quickly glaze a thin layer of black ice over roadways. When temperatures drop below freezing and fog rolls in, be very careful when driving, and, if necessary, pull over and wait for the road to clear up. It could very well save your life.

One thing pointing out is that areas east of the Cascades get the most fog in the winter. Air is relatively moist, cool, and calm over there during the winter, leading to a higher frequency of fog there than during the summer. 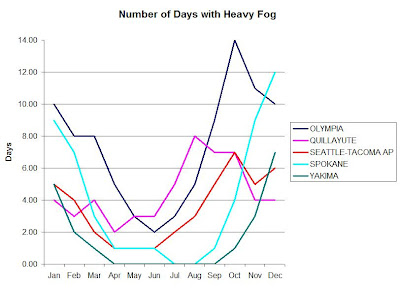 This was a long post! My schedule next quarter will be pretty intense, so I won't have much time for these long posts. For now though, I enjoy writing them.

Thank you for reading!
Charlie
Posted by Charlie Phillips at 11:10 PM

I now blog on WeatherTogether, a network of weather blogs from around the country. Click the "Earth Umbrella" to go to my blog!

Follow the rainbow for additional weather updates, cool photos, and so much more! 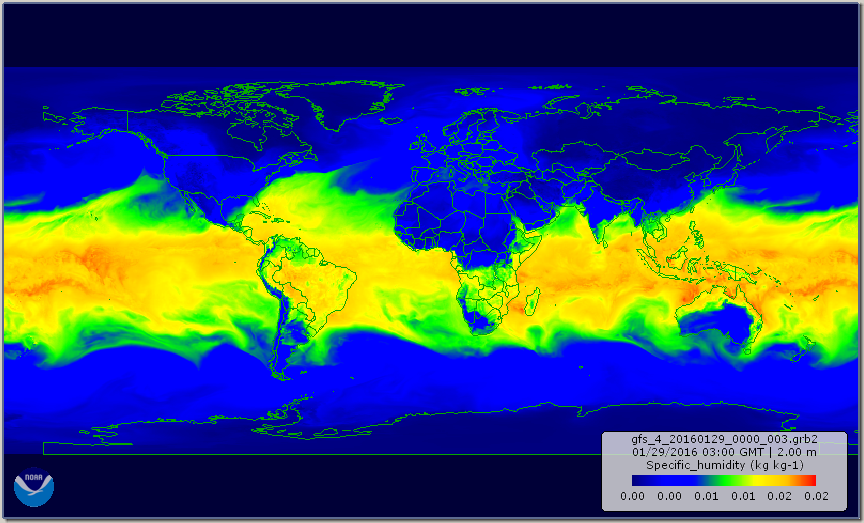 Check out NOAA's Weather and Climate Toolkit by clicking on the model chart above. It is a must-have program for anybody who is fascinated by our planet.